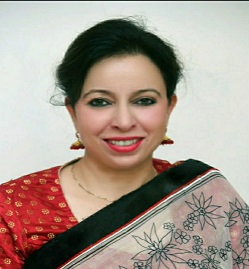 Dr. Maninder Hundal, a Prosthodontist of established repute is currently serving as the Executive Officer in the Indian Naval Dental Centre at Mumbai which is a prestigious institute of the Indian Armed Forces. She is an officer of the rank of a Surg Capt in the Indian Navy and has served the forces for 19 years now. She has been awarded numerous awards by the Indian Army as well as the Indian Navy for her meritorious work in serving the organization in both fields as well as peace establishments. She did her bachelors in dental surgery from Govt Dental College, Amritsar, Punjab in 1997 with a gold medal and her masters in Prosthodontia from Armed Forces Medical College, Pune, Mumbai University, India in the year 2001-2004. She is an avid National and International speaker with numerous scientific papers and publications to her credit. She is also an affiliate faculty for the postgraduate residents of Prosthodontics at the Army Dental Centre; Referral & Research, New Delhi as well as the Armed Forces Medical College, Pune, India.